Complete the film reviews with the following words 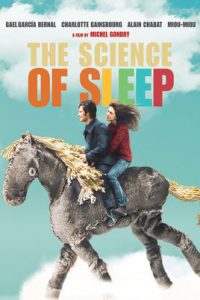 ‘The Science of Sleep’ is a surrealistic 1)… comedy film 2)… by Michel Gondry. The film 3)… Gabriel García Bernal and Charlotte Gainsbourg.

The 4)… is a love story, emotionally rich with dazzling dream-like visuals, done the old-fashioned way with simple stop-motion animation techniques.

5)…, Stéphane Miroux, is a shy insecure young man, who agrees to come to Paris. Following the death of his father in Mexico he decides to draw closer to his widowed mother.  Stéphane can’t tell the difference between his dreams and reality. He lands a boring job at a calendar-making firm and gets attracted to a girl who lives next door. He wants to move toward a relationship, but is hampered by this problem.

The 6)… are composed by Jean-Michel Bernard. 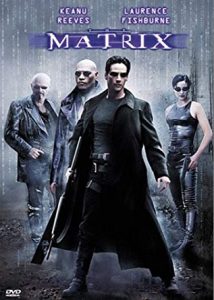 The Matrix is a 1999 1)…action film written and 2)… by the Wachowskis and 3)…Keanu Reeves, Laurence Fishburne, Carrie-Anne Moss, Hugo Weaving and Joe Pantoliano. It 4)…a dystopian future in which humanity is unknowingly trapped inside a simulated reality called the Matrix, created by thought-capable machines to control humans while using their bodies as an energy source. Hacker and computer programmer Neo learns this truth and is drawn into a rebellion against the machines, which involves other people who have been freed from the Matrix.

The Matrix was first 5)… in the United States on March 31, 1999 and 6)… over $460 million worldwide. It was 7)… by many critics and 8)… four Academy Awards and other awards including BAFTA and Saturn Awards. The success of the film led to the release of two feature film 9)…, both written and directed by the Wachowskis: The Matrix Reloaded and The Matrix Revolutions.